Oil companies exploited global energy challenges in 2022 to jack up prices at the gas pump and rake in massive profits while driving a cost of living crisis for Californians. They blame California’s environmental protections but we know it was #PolluterGreed sending prices up.

In response, the Governor pushed for a cap on oil refiners’ windfall profits in December 2022, to send that money back to Californians. Numerous protests at gas stations across the state on November 28 sent a strong message. They showed that when the Governor proposes action against Big Oil, we’ll be there to support his push, and thus encourage further action on broader demands to phase out oil and gas production. 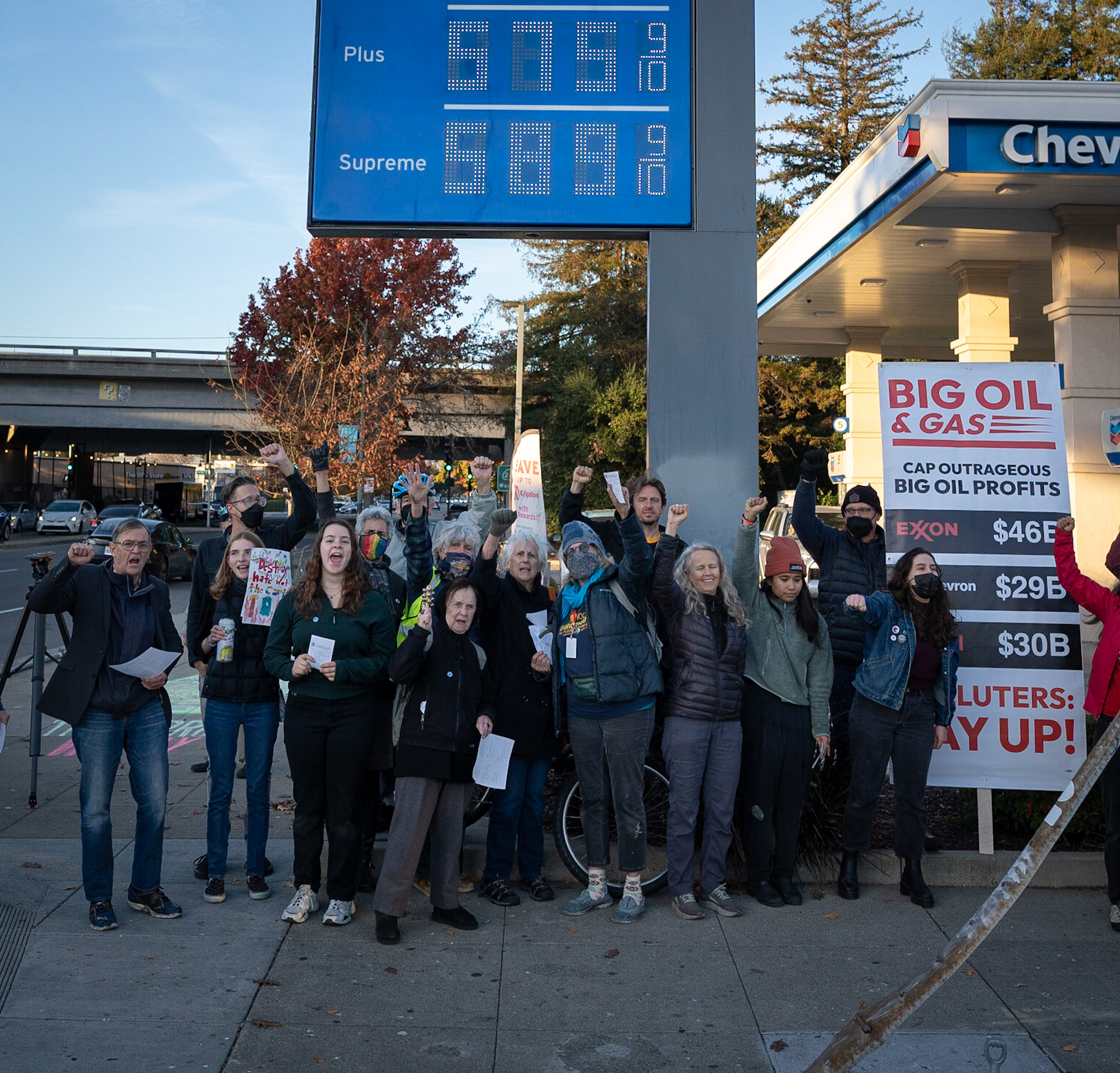 The action was covered on KTVU San Francisco and mentioned in other local coverage across the state.