For Earth Week 2021, XRSFBay painted and flew a large banner at various bridges and locales around the Bay Area as part of a campaign by over two dozen Extinction Rebellion chapters across the US to urge the Biden Administration to declare a Climate and Ecological Emergency!

More than 130 local governments in the US have declared climate emergencies, but small jurisdictions can’t combat the climate and ecological crisis alone. The emergency demands a radical, national response, and the longer we wait, the worst things will get. We need real action now!

President Biden has described the crisis as the ”the existential threat of our time.” He has assembled the kind of cabinet and taken enough quick executive actions to show he gets the gravity of the situation.

An essential next step is for him to formally declare a national emergency concerning the climate and ecological crisis. He has the authority to do this under the National Emergencies Act. It would give him a vital array of powers that are needed now. 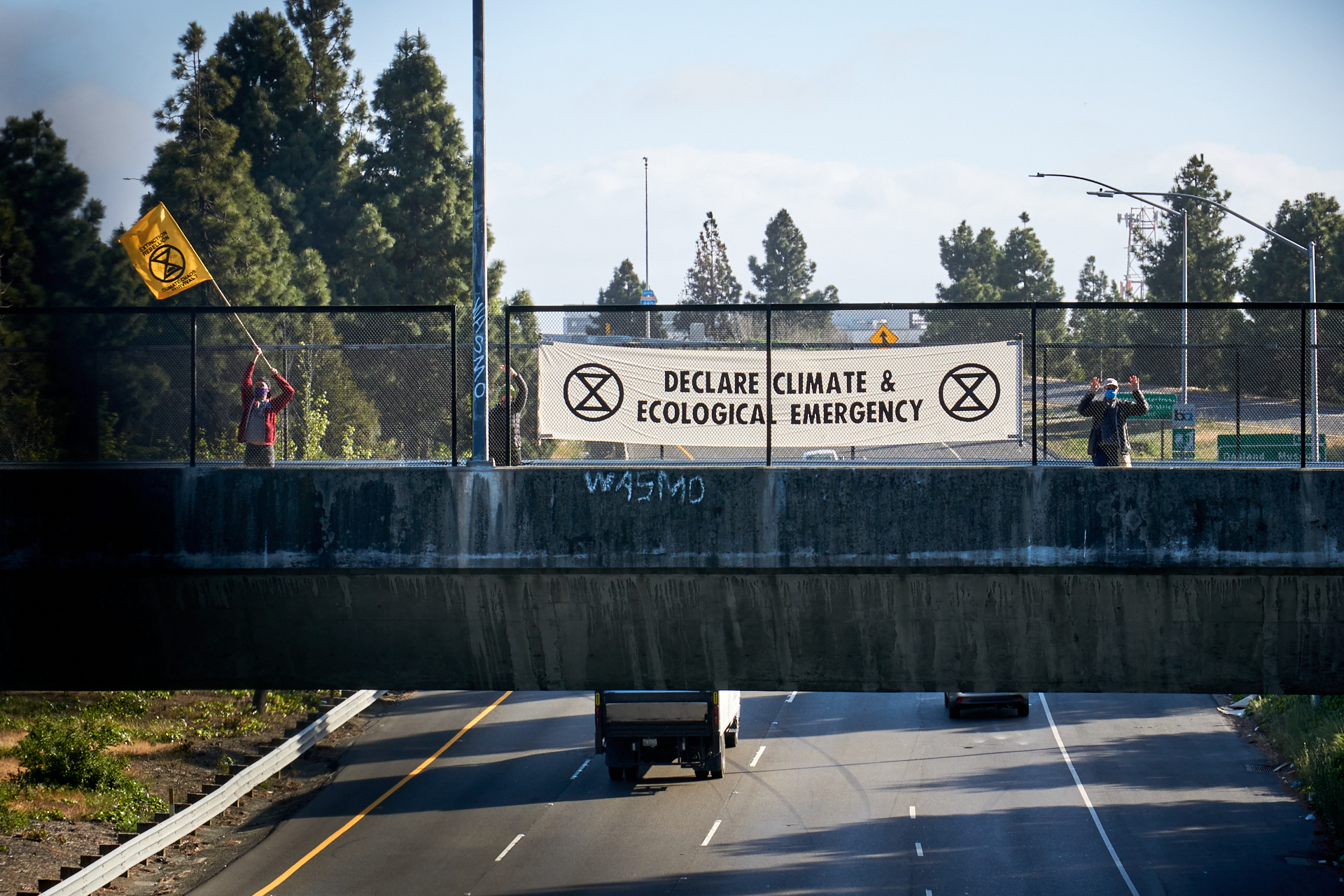 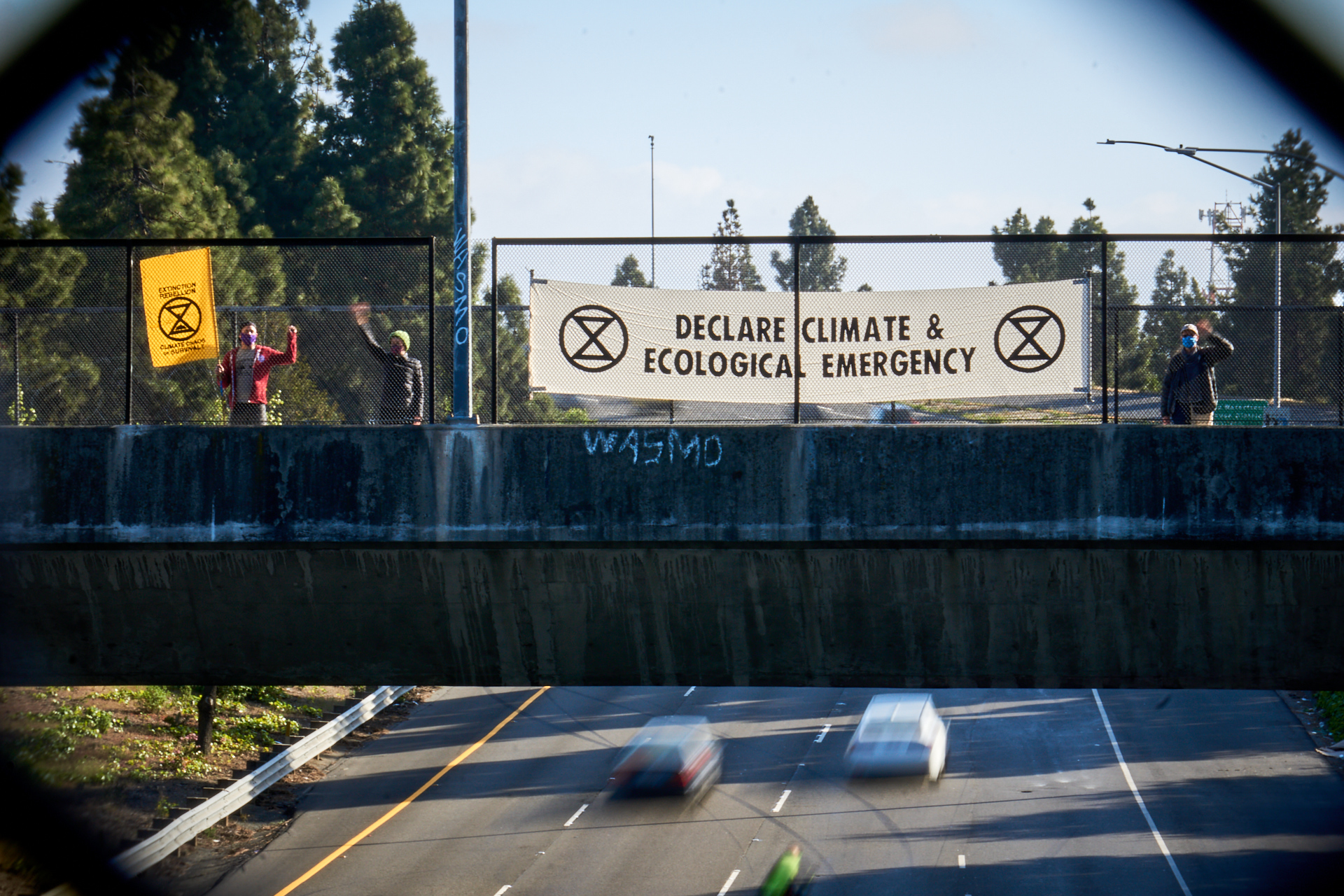 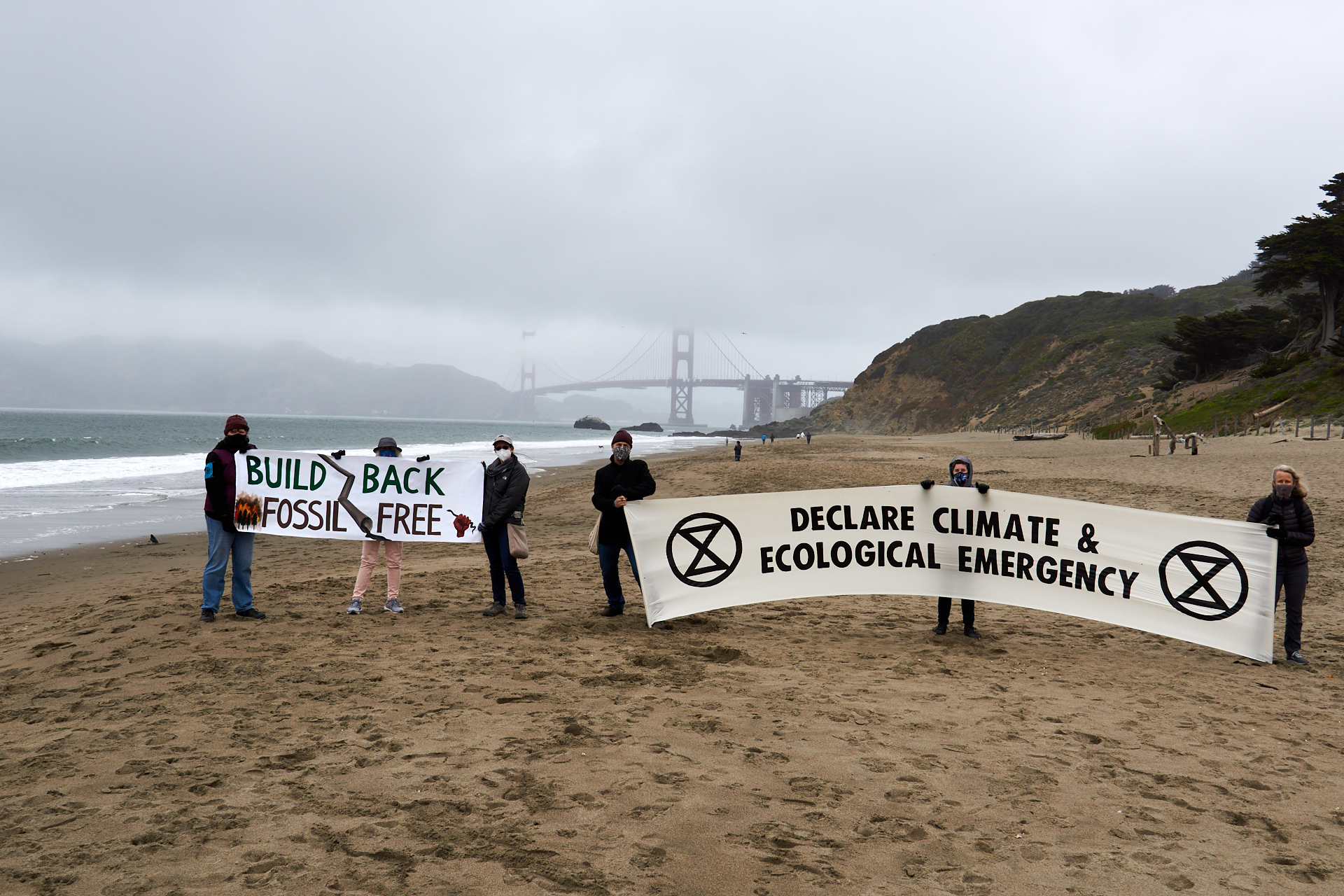 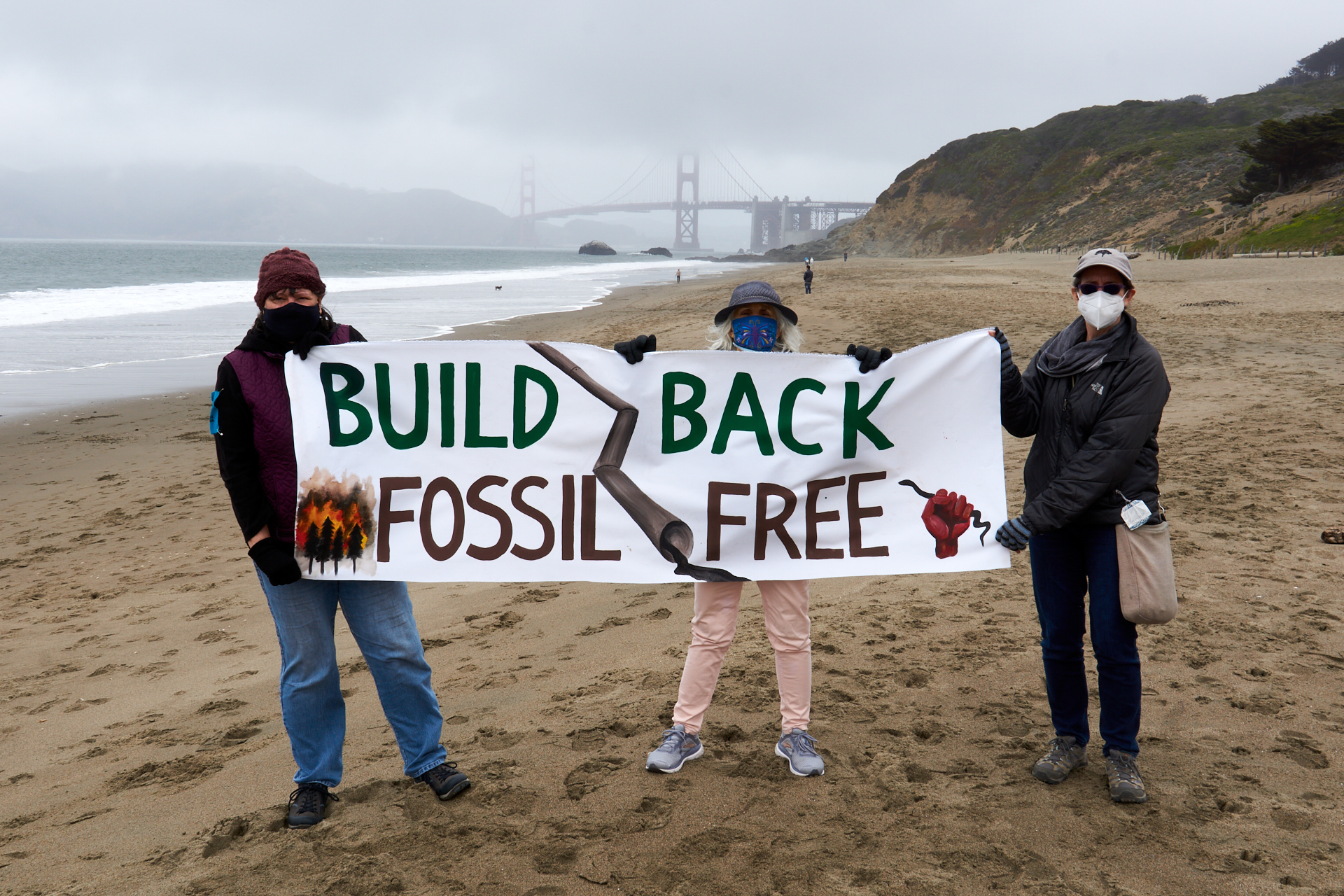 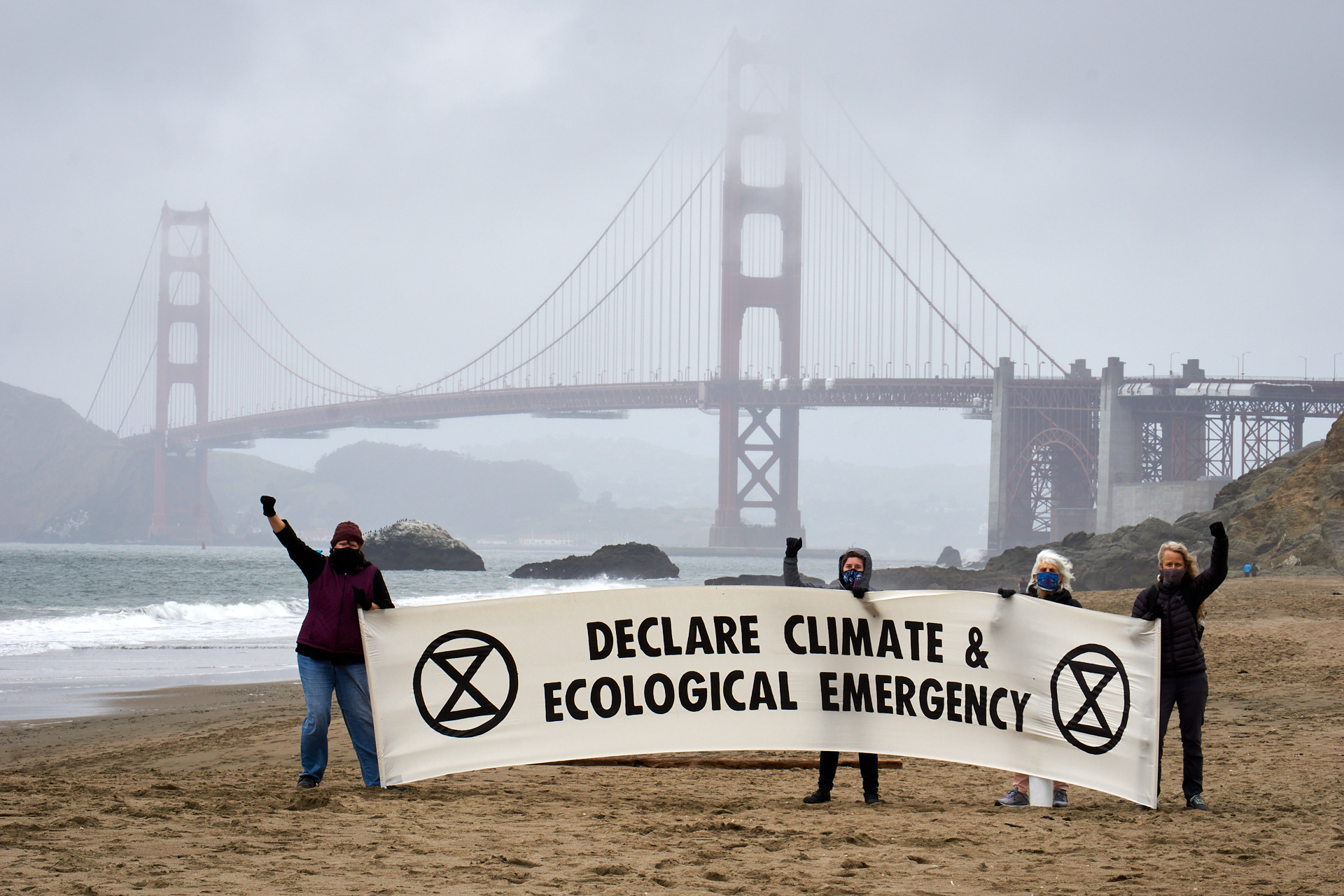 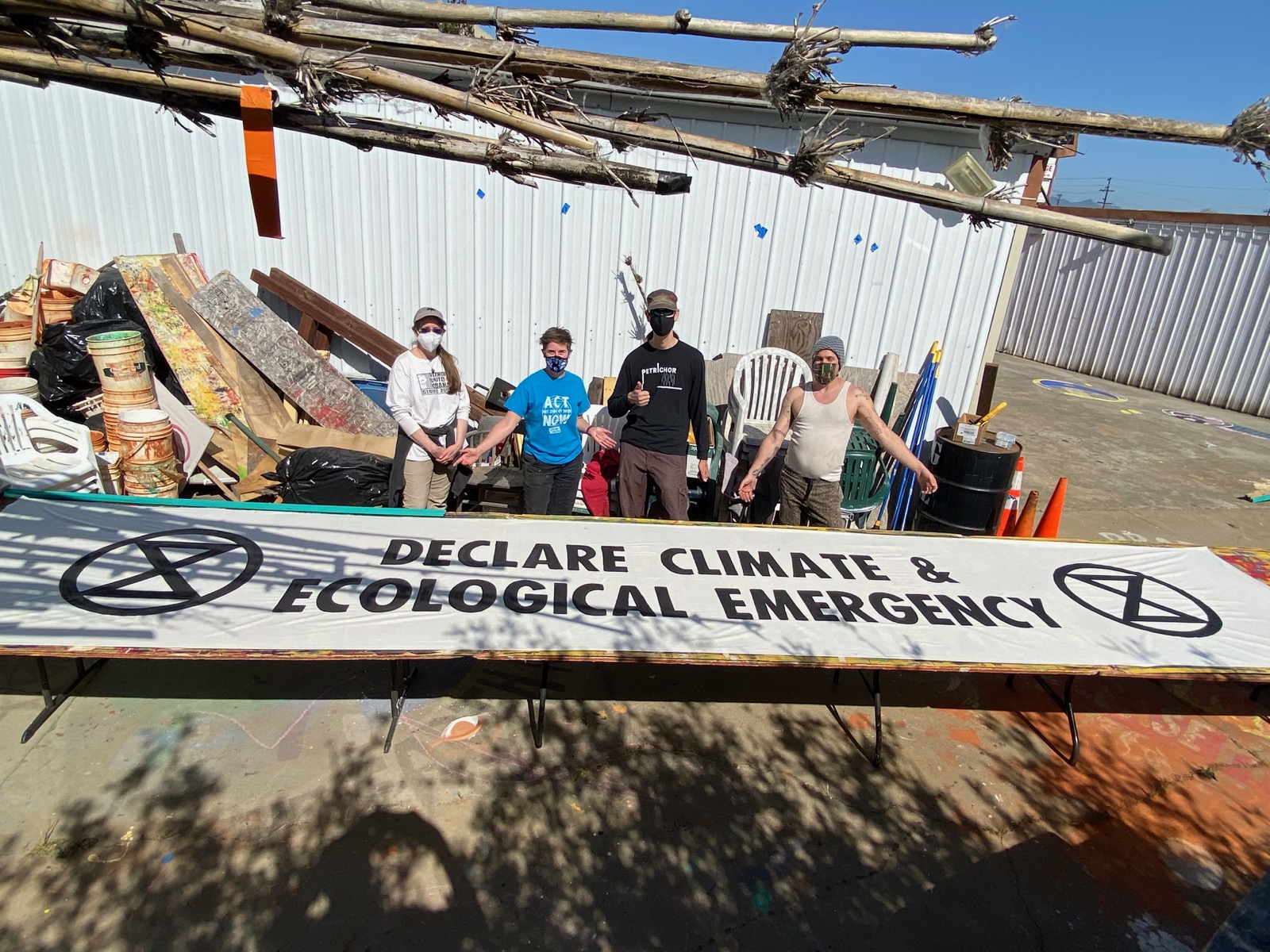 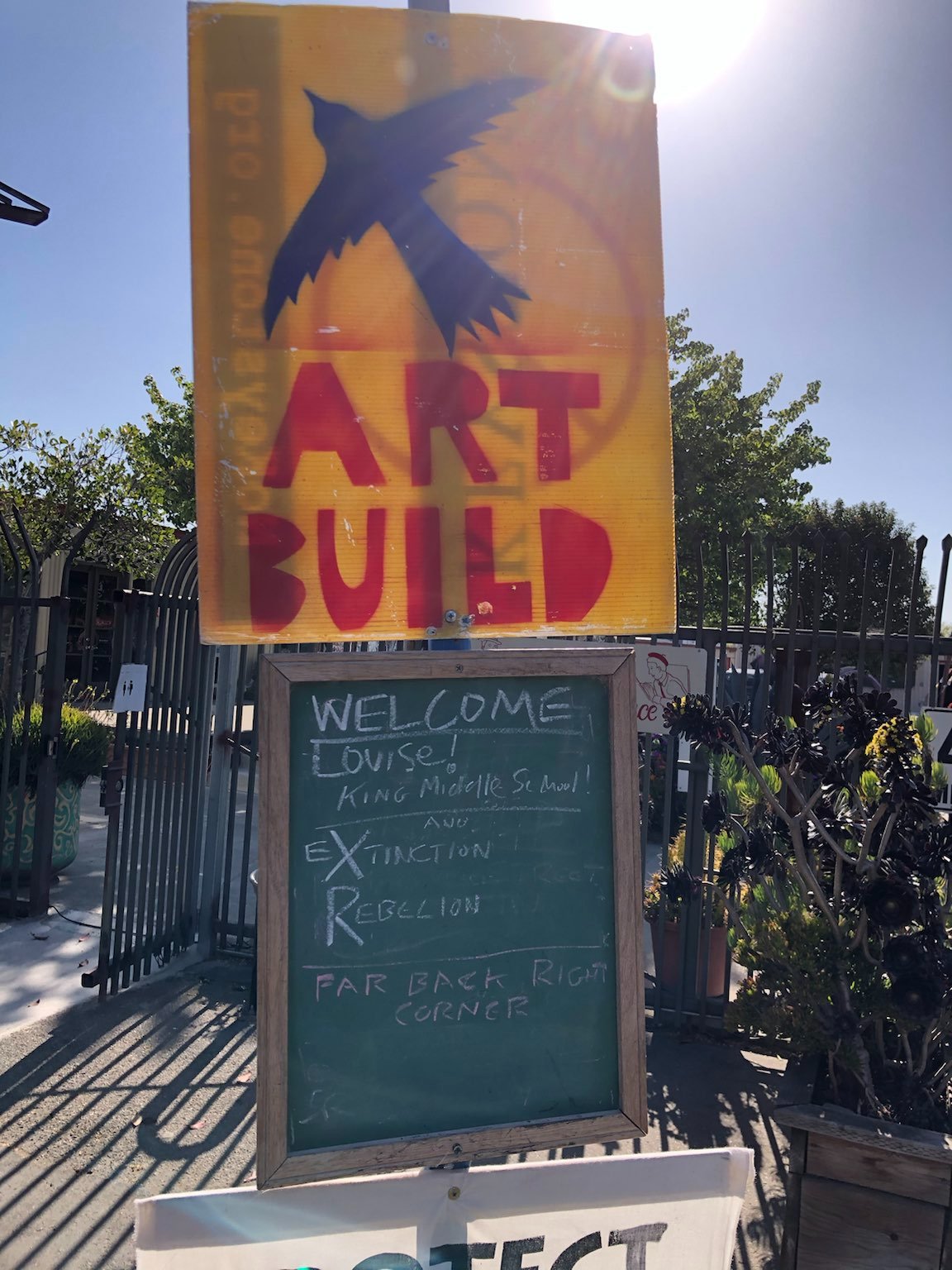 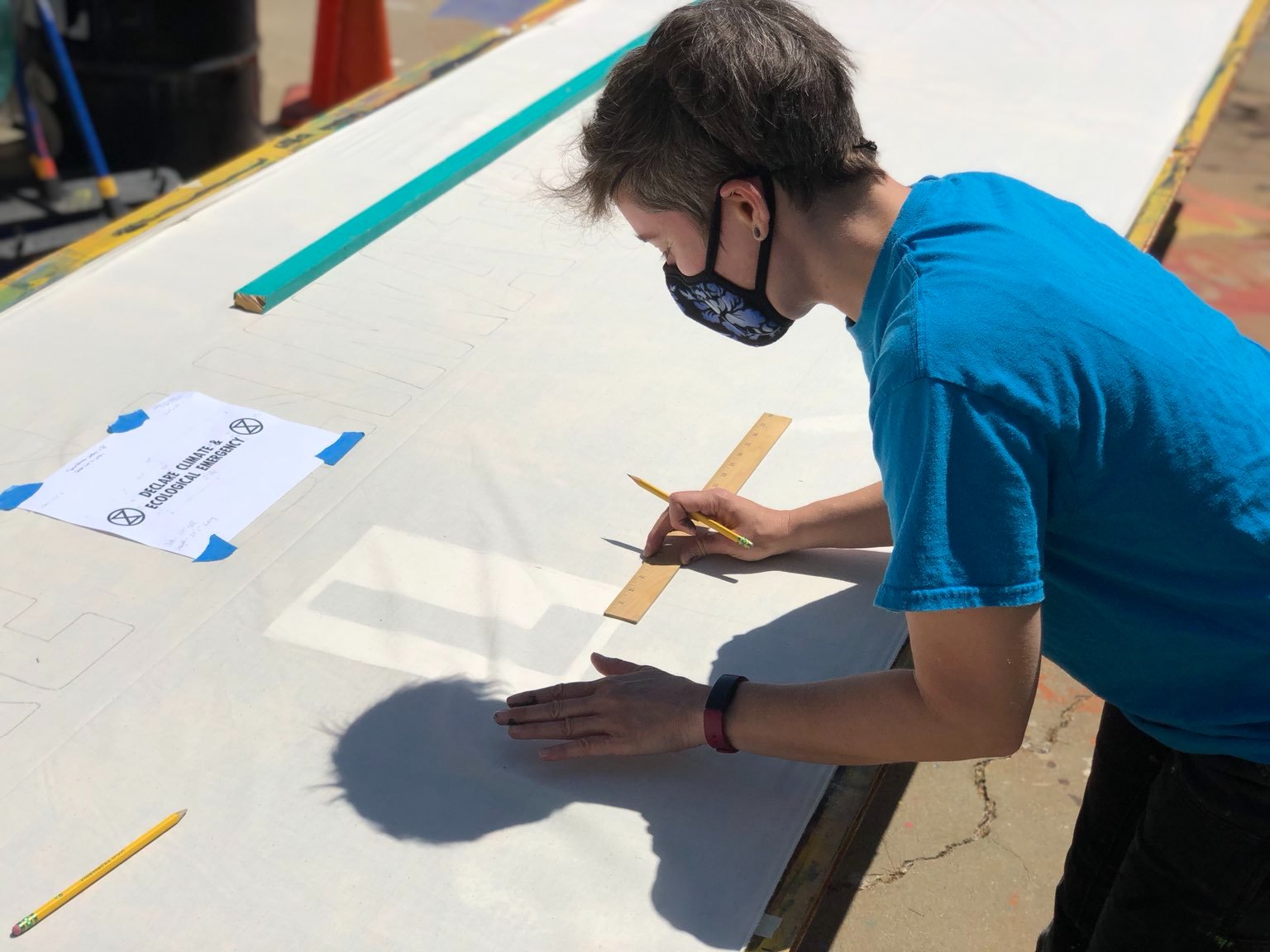 Extinction Rebellion is an International, 100% non-violent, civil disobedience movement that aims to drive radical change through direct action to avert climate catastrophe and minimize the risk of human extinction and ecological collapse. XRUS has four demands: 1) Tell the Truth about Climate Change.  2) Reduce CO2 emissions to net zero by 2025. 3) Create a Citizens’ Assembly to oversee the changes. 4) Prioritize frontline communities in a just transition.

Join us in taking direct action!